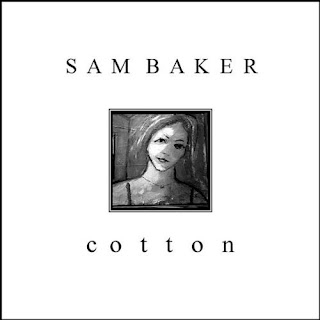 Posted by Sean Claes on Thursday, November 26, 2009 No comments:

Austin is blessed to have some amazing bands and it's part of INsite Magazine's mission to showcase the great music of this town. I thought I'd take a minute to post a few of the videos that Ajay Miranda (Nites ATX) has shot over the last year.

Please enjoy these videos. You can find the whole list of videos thus far on the INsite Vimeo site.

The Will Evans Project @ The Belmont


Built By Snow @ The Parish 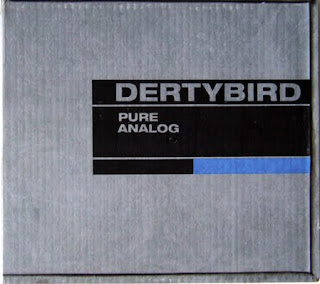 When Dertybird went into the studio to record Pure Analog, they could have used all of the high-tech equipment that surrounded them but then they wouldn’t have come out with such a gem of an album.

They chose to record live to tape, almost a lost art in recording today. But by kicking it “old school” they did both a nice nod to their southern rock predecessors and brought their live sound to a studio album. Sometimes it’s better to listen to your musical elders.

The band kicks through nine tracks in about 36 minutes. The songs are a nice mix of guitar jams and ballads. “Edna” gets things going nicely with a classic “she done me wrong” jam. I could listen to the Black Crowesesque “People Change” all day long.  They slow it down for tracks like “All I Ever,” “Feels Like Money,” and the rebound relationship themed “Laura Lee.”

I’ve got two favorite tracks on Pure Analog and they happen to be the last two songs on the CD.

“She Likes It” is a poppy little groove that caught me with the line “They say a woman has the right to change her mind / She likes to exercise it.” Although “People Change” is the single, this is the track I’d pick for radio release, as it’s the one that sticks in my head.

The recording is raw, the vocals falter a little but that adds to the overall sound. I’d hate to hear it more polished. Dertybird subscribes to the old “be for what is” standard and it works for them. It’s great to hear the new batch of Austin blues-infused southern rock bands like Dertybird, Noble Dog, and Uncle Lucius. They prove that great music is still out there.

Dertybird plays with a couple of amazing performers, the legendary Pinetop Perkins and the amazing Carolyn Wonderland, on November 25 at Antone’s. You’d do well to make it to that show. Visit dertybird.com for more information.

I’ll admit. I didn’t give john Arthur martinez (jAm) a fair shake after I heard he was the runner-up of the first season of Nashville Star in 2003. I had that “Reality TV” chip on my shoulder. I thought he was going to be just another corporate-made middle of the road country musician.

My mind and attitude changed around 2005 when I caught him playing a show in San Marcos. He is a genuine nice guy and the kind of singer-songwriter who can paint a beautiful picture with words and melody.

His 2009 release Purgatory Road is no exception. It’s just over 40 minutes of wonderful Americana music.

I may be completely wrong but I put a lot of stock in the order of an album. Purgatory Road seems to tell a story. First up is “Utopia,” a wonderfully written track about a man’s sad circumstances from birth including being born to “a mamma who wouldn’t want me once my daddy disappeared.” The title track is about losing just about everything due to bad personal choices and the Walt Wilkins cover “You Can’t Outdrink The Truth” fulfills this tri-fecta by introducing the realization that you are in charge of your own fate.

I think the fourth track, “Thunder and Lightning,” is my favorite on the disk. The music sounds like a classic Garth Brooks song and the lyrics have a Stoney LaRue feel to them.


But it’s not all songs about loss. “Que No Puede Ver” he shows a talent for penning and delivering a Spanish/English love song. The story of a young songwriter chasing his future is detailed out in the letter-to-mom-song “Closer To My Dreams.” The classic 60s sounding ballad “When You Whisper In My Ear” is a pretty sweet closing song for the album.

Perhaps songs like “Thunder and Lightning” are what happens when a talented singer-songwriter like jAm gets a taste of Nashville but keeps his Texas hat on. Whatever it is, it works for him. If you are a fan of good music with a twang give Purgatory Road a listen.

The next show he has in the area is December 5 at Cheatham Street Warehouse opening for Radney Foster. That’s will be an amazing night of music.

Side note. No it’s not a typo. He spells his name john Arthur martinez as a nod to famed poet e.e. cummings.

Literal Video - Something to make you laugh.

A few months ago a friend sent me a link to a literal video of Bonnie Tyler's "Total Eclipse of the Heart"
on Youtube. It was one of the funniest things I'd seen in a LONG time. Literal Video is when the lyrics of a song are changed to actually describe the action that goes on in the video. I've decided to show some of my favorites. If you've got a few minutes and need a good laugh check these out.


Tears for Fears "Head Over Heals"

Here's a couple more on this site - http://www.dustfilms.com
Posted by Sean Claes on Monday, November 09, 2009 No comments:

Email ThisBlogThis!Share to TwitterShare to FacebookShare to Pinterest
Labels: Literal Video, Total Eclipse of the Heart 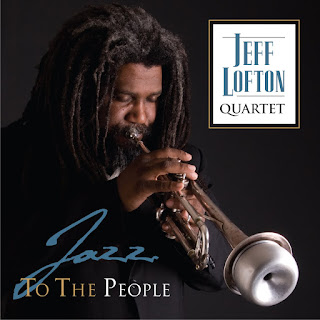 
Do you remember what you were doing on January 15, 2009? Jazz trumpeter Jeff Lofton does. He was at a City Council meeting in Austin having that day officially named “Jeff Lofton Day.” Pretty cool when you consider Lofton arrived in Austin in 2007 with trumpet in hand and little to no fan base. He proceeded to play his straight-ahead jazz in dive bars on the East Side and little by little he garnered an audience. In short order he was playing the room in Austin known for jazz – The Elephant Room and earning a residency at the swanky hangout The Belmont. Then he has a day named after him. Not a bad two years.

Fast forward to today. I’ve been listening to the new release by the Jeff Lofton Quartet, Jazz To The People. I’ve got to say, it’s a great jazz record. From the kick-down-the-door first notes of “Headless Blues” to the slow burn fade of album closer “Rose,” it’s hits on just about everything I like about horn-driven jazz music. It’s loose and free form at points and strictly methodical at others.

It’s mostly instrumental, except for a beautiful rendition of “Crazy” with Danielle Howle on vocals. He follows that up with a six-and-a-half minute instrumental version of “Crazy” and it’s equally stunning. You may recognize “Shana’s Song” from the Austin Visitor Center’s 2009 release Austin Music Volume Eight.

My favorite track on this album has got to be the seemingly free-form jam of “Mouth of Gabriel.” It’s the longest track on the album as well, coming in at just over 8 minutes. It builds to epic heights and then breaks down to an awesome minimalist bass beat. Surely the most entrancing song on the album.

Now the small print. I have to admit, I have never studied jazz and I’m not the most knowledgeable person on the musical genre. My learning has been limited to a few CDs, The Cosby Show song, and a few nights of having some drinks at The Elephant Room. But, I know good music and Jazz To The People qualifies as some great music.

Of course, Lofton doesn’t do this all by himself. Players on this disc include Alex Coke on sax, Red Young on piano, Chris Jones on bass and Masumi Jones on drums.

Catch him live this Saturday as he’s releasing Jazz To The People at 8:00p.m. with a show at the amazing Mexic-Arte Museum (419 Congress). It’s $15 at the door but if you buy tickets online its $10.

Posted by Sean Claes on Thursday, November 05, 2009 No comments: