I got this in an e-mail from a co-worker. It's like someone read my mind when I was in school doing math... These two are flipping fantastic.... 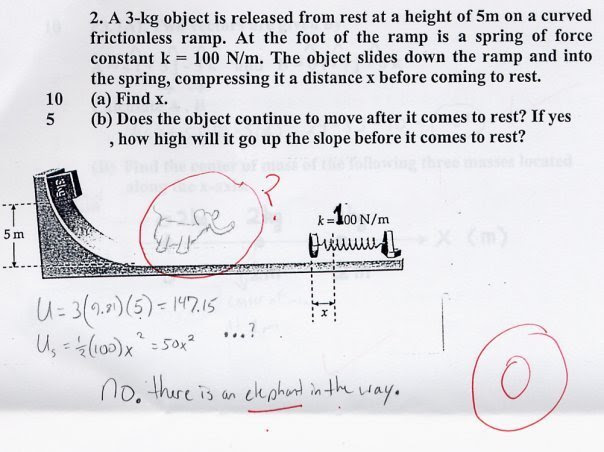 Posted by Sean Claes on Saturday, February 24, 2007 No comments:

(This is a press release)

AUSTIN, TX- February 20, 2007—The Austin GuitarTown sculpture called "Sharp Axe" on display at 315 Congress Avenue was stolen. Thieves dismantled the guitar off of its locked and welded base. Gibson Guitar, the presenting sponsor of the citywide project has announced that it will offer a reward to anyone giving information which leads to the safe return of the ten foot guitar sculpture. The guitar was painted by visual artist Robert Jones and was a tribute to Austin Black History. (see photo)

“Gibson Guitar will offer the person or persons who took the sculpture a chance to return it without punishment by 5pm Wednesday, February 21, 2007. If it is not returned by the deadline we will continue to work with the Mayor’s office and the Police force to bring these thieves to justice and prosecute them to the fullest extent of the law. We are also offering a reward to anyone who can provide details of its whereabouts. Anyone with information can anonymously report it to Gibson Guitar by calling 1-888-212-1917. All information will remain confidential. It is in the best interest of everyone in Austin to help us locate the missing sculpture which was produced by local artist Robert Jones and will benefit local charities in Austin aligned with the project,’ said Henry Juszkiewicz, Chairman and CEO of Gibson Guitar.

Detectives at the Austin Police Department are investigating the matter as a case of felony theft. The area’s traffic cameras offer surveillance of the area and are being reviewed for leads and video to bring the thieves to justice as soon as possible.

“I'm really disappointed. This is not representative of the Austin that I know. Not only are the guitars part of a hip public art project, but more importantly, they're to raise money for some great non-profits that are benefiting children, artists and musicians in town. It’s a shame that someone would take away that opportunity for those in need. I join Gibson Guitar in its effort to search out who did this and prosecute as the law states.” Said Mayor Will Wynn

I turn 34 on February 5... so I'm throwing a little party to celebrate this Saturday (the 3rd).
OK... so the magazine of which I'm the editor is throwing a HUGE party... and I want you there.

I do accept presents too... and if someone brings a cake that would rock... I hate german chocolate though....

Description:
Please join us at the first INsite Night of the year. It's going to be a great one! We've got a CD release of the brand new band She Craves. We've got the 2007 reunion show of By Saturday. We've got the crunchy groove music of Full Service, and we've got those fine American boys... AM Zeros.

The February issue of INsite will be fresh on the stands...and it's also Managing Editor Sean Claes' birthday celebration.

ALSO.... it's going to be broadcast LIVE over the internet at flapdaddy.com ! So if you're not in Austin and can't be at Stubb's in person... you can watch it live online free! 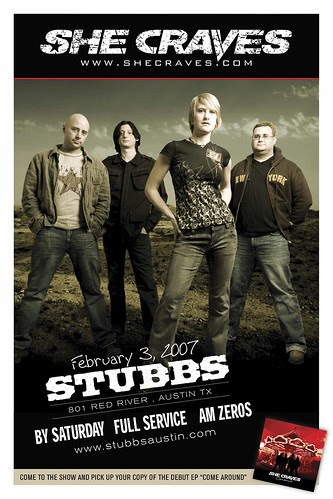 Posted by Sean Claes on Thursday, February 01, 2007 No comments: