It's come to my attention that I have a very short attention span.

I mean, I like peanut butter pie, and I really think the one at the Texas Pie Company in Kyle, Texas takes top prize, or is at least in the top 5 peanut butter pies ever. It's certainly the best I've had from a store. No, they aren't paying me a dime, I just thought I'd bring it up.

You see, I like things that not too many people do. There aren't too many PB Pie lovers in the world... but if you think you could be one... that's where you should start.

Speaking of liking things not too many people like, I'm a big fan of putting soy sauce on my macaroni and cheese. Now, before you gasp and envision a horrible taste.. hear me out. Just try it one time. I am of the belief that you'll love it too. If you don't, well at least you can mark off that "do something new today" line off your list for the day.

The soy sauce on mac and cheese is something that my dad taught me. I'm not sure where it came from, I used to think it was a "north thing" since my dad grew up in Ohio, but once I talked to a few people from Ohio they debunked that theory right off. It's a Claes thing.

Another food item that is a bit weird to describe but tastes oh, so good, is "corn in a cup." I grew up in Laredo, Texas and this is something that people who are from that area (or "The Valley") will recognize, and salivate over. In spanish it's called "elotes en vaso" Check this one out... you start with hot corn (preferably cut off the cob)then add a layer of butter and cheese, then another layer of corn, a layer of sour cream and cheese, layer of corn, layer of butter, then corn, and top it with cheese and chili sauce.

I know, it sounds a little gross, but trust me, it's fantastic. Wish I could find somewhere in Central Texas that sold this delicacy. It reminds me of growing up.

When I was growing up, my parents rarely bought popscicles, instead we poured sugarless Kool-Aid into ice racks, covered them with saran wrap and stuck toothpicks in them. It was the best thing for a hot day. Never knew what I was missing with "real" popscicles until one day when my parents came home with the creamsicle... wow... popscicles filled with ice cream. Maybe that's why I find it hard to eat popscicles other than the ice-cream filled ones these days. Hmmm.. If I had a therapist, I'd call because I may have just had a breakthrough.

But, I don't have a therapist, I write. This blog is actaully my therapist, I'm just throwing things that are rattling around my head out on this blog for no other reason than I can. I have to make room for other things, so corn in a cup, peanut butter pie and things like that have to be taken out.

Remember at the beginning I said I had a short attention span? Well... welcome to my mind. Tuesday, September 18, 2007 edition. Thanks for reading.

Posted by Sean Claes on Tuesday, September 18, 2007 No comments:

As I sit at my desk on Tuesday, September 11, my mind wanders to the last 9/11 that occured on a Tuesday, the day that the World Trade Center and Pentagon was attacked.

I was on my second day at a new job... I was the new Communications Specialist on a federal grant called the National Center for the Dissemination of Disability Research at the Southwest Educational Development Laboratories. Shortly after I got to work, I was settling into my cubicle just trying to figure out what exactly my role in this position was going to be, my boss came out of his office and quietly said "A plane just hit the World Trade Center."

Talk about a million thoughts racing in my head. In the following days as the news continued to pour in, I found out that the folks I knew in Washtington DC were all safe. That was a bit of a personal relief... but how devastating was this to every person in the world. A friend who was visitng Europe and France was consoled and embraced as she was their link to "America" in the days following... it was an amazing response of a mix compassion for Americans and rage against whomever did this injustice.

Now it's six years later.
I'm not the kind of "wave-the-flag-yee-haw" American, but I have pride. I am all for the things this country was founded on and I try to live my life embracing the melting pot idea.

So.. I sit at my desk (yes I came to work as did all my co-workers) and reflect. I popped in one of my all-time favorite CDs that I haven't listened to for a long while... Darrell Scott's Aloha From Nashville.

While doing some work, the song "Life is Cheap" began...

"She's awakened every morning with her baby down the hall
and when he's cried to sleep, she's staring at the wall.
And in that wall she sees the devil staring out of knotty pine
Though she speaks out loud, he will not get behind.

Suddenly a meaning that was never intended came through this song (It was recorded in 1997) and it sent chills down my spine.

I guess I'm effected by music as much as many are. As Darrell Scott said when I interviewed him earlier this year:

"Music is universal language. It is frequencies and vibrations that effects me in deep ways I do not understand. I feel them and it resonates and sticks with me. Somewhere in me is all that I have heard, sounds endlessly gathering. "

I transcribed the lyrics above because they don't actually appear anywhere online that I could find.

I did find a link to a little bit of an mp3 though if you care to listen. The chorus is on the link and it's what actually effected me....then I started the song over with a new mindset.
http://www.echotunes.com/mmTHEECHOPLEX/audio/mp3/dscott_lifeischeap.mp3

So... I'm sitting here.. reflecting. Thought I'd share. I don't need a big american flag sticker or a magnet on my car or a day off work to remember... I don't need a political comment or a stance to champion or a people to parade around.

Thanks for reading.
Posted by Sean Claes on Tuesday, September 11, 2007 No comments:

So much of my time is spent shooting bands in dark places... it's nice to take something in the light. It is just fun to be able to get out there and try my hand at nature photography. Three years ago, the San Marcos Greenbelt Alliance and the Hill Country Photographers club established the "San Marcos Naturescapes Photography Contest and Exhibition.

And...for the third year in a row, I've entered. Every year, I've been excited to find that some of my photos were chosen to be displayed in the Exhibit.

The first year, I actually got 3rd place for a photo I took of some canoers (that my wife has hanging in her office now). Last year I had 3 shots in the show, but nothing placed.

This year's contest winners were announced last night with a reception at the San Marcos Recreation Center. I was very pleased to have two shots in the show. A photo of some tubers I took, and a photo of a flower I saw down by the river.

After they went through the "Honorable Mention, 2nd and 1st Place" of each catagory, I thought the night was over except for the Best of Show... so I thought "At least the fried mushrooms rocked and I enjoy seeing everyone's photos and chatting with folks" but then My name was called along with 3 others.

My River Flower won the "Award of Excellence" meaning it was the top rated photo in my category of "Wildlife and Plants." I'm amazed. I almost didn't enter the photo... but my wife pretty much begged me to. I should listen to her more often.

So here's the shot. 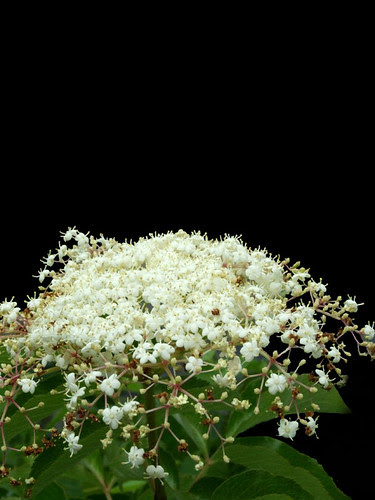 You can see it in person at the San Marcos Activity Center Walker's Gallery until October 26... for details, go to: http://www.smgreenbelt.org/PhotoContest.htm


You can also see some of the winners from the last 2 years (including my Canoers shot.. and a root photo) on that site.


Oh.. my other shot in the show hanging right now - "Tubers Tubing": 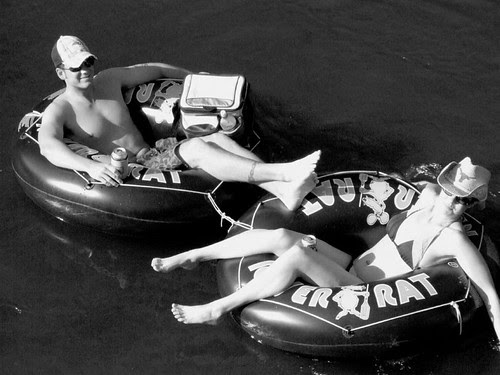 Posted by Sean Claes on Saturday, September 08, 2007 No comments: