There is no theory of evolution. Just a list of creatures Chuck Norris has allowed to live.

Loss Rayne features the twin powers of Kasi Painter on the sultry powerful vocals and the humble yet brilliant Keenan LeVick on guitar. Patrick Durrett and John LeBas keep the rhythm down playing bass and drums, respectively.

First, the Loss Rayne foursome will be a featured guest on Loris Lowe’s Local Licks Live on KLBJ (93.7FM). Previous to this, they were featured on October 2, 2006 on KVRX (91.7FM).

For those who like breakfast rock, Loss Rayne will be playing the Fox 7 News morning show on October 13. Virtual coffee and donuts are on us.

As an added bonus, the legendary Malford Milligan and his band will close out the night, playing at 11:45p.m. until evening’s end.

A-Valve Studios, the studio where the band recorded Fragile Mind with Paul Zanetti, will co-host of the CD release show. The album was produced by Rob Hinton of 2222 Productions. 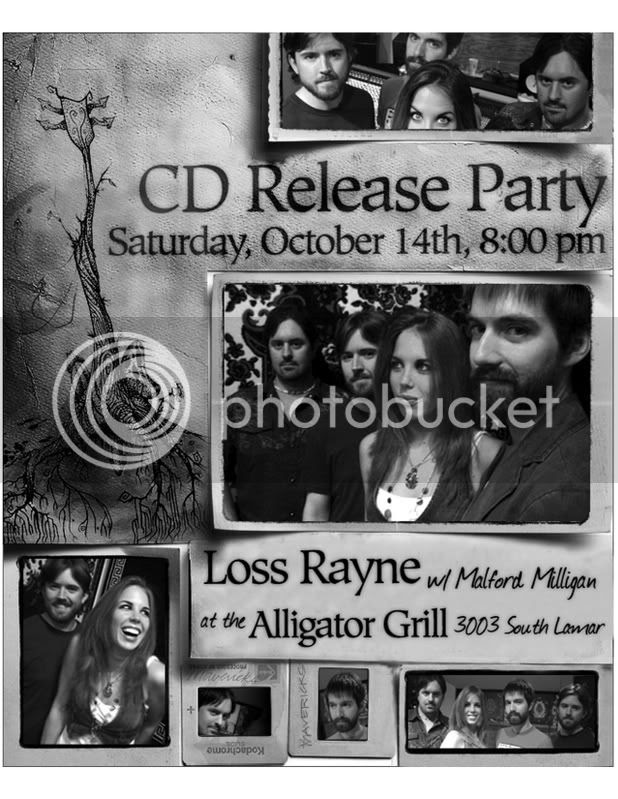 I was one of the honored guests (photographer) to attend 99.5 KISS FM's Fall Fest in Selma, Texas on Saturday.

10 bands in one day... the photo passes weren't granted until the last five bands... so I wasn't able to shoot HURT which was the band I was really interested in shooting (I interviewed the guitarist for current issue of The Edge Magazine - www.theedgemagazine.com).

My mini-review (My opinion...you may differ..)

1:05 – 1:35 Hurt - opened main-stage... was great hard rock music with that Tool "dude's got issues" feel... lead singer jumped off stage and climbed over the barriers almost to the lawn during "Rapture."

1:35 – 2:05 Black Stone Cherry - The Allman Brothers Band meets Jackyl and they have a musical kid.. not in a great way.

2:10 – 2:50 Earshot - They assumed up until their final moments that everyone knew who they were.... They assumed wrong... but they weren't a bad band. Entertaining..

9:30 – 10:45 Alice In Chains - Disappointed a little bit. I mean in their corner.. they did wait almost 10 years before performing as Alice In Chains... Comes With The Fall's William DuVall did a good job.. but it really seemed like an Alice In Chains cover band..but with all surviving members.... I only stuck around for the first 5 songs.
Posted by Sean Claes on Monday, October 09, 2006 No comments:

Five years ago Jodie Lee Boysen and Sean William Claes were joined at the last-name. We'd been joined at the hip ever since we started dating in December of 1998. I've never met another person who can finish my thought, share my dreams, comfort me, and keep me going like Jodie. I've been a blessed man for the last five years and I hope to be blesssed for another 75. 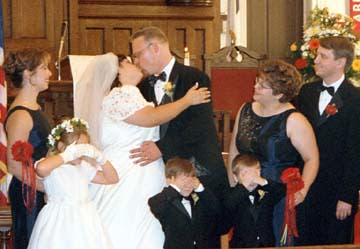 We were married at the First United Methodist Church in San Marcos, Texas 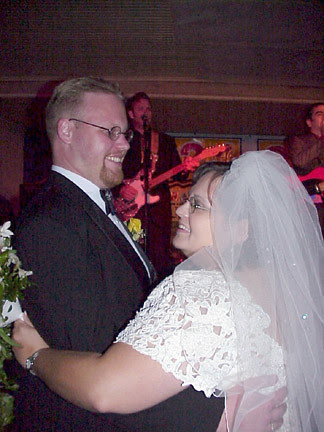 We honeymooned in Gruene, Texas where we danced to The Derailers and left during their song "There Goes The Bride."


We've been through many changes in the last five years, but one thing that has never changed is the love I feel for my wife. I love you darlin'.


p.s.: to anyone who's reading this: I hope you like our custom-made monogram. It really helps to have an amazing and award winning graphic designer as an even more amazing friend. He designed this for our wedding program. Click the monogram to go to Rolando Murillo's Website... he's also the one who designed the seanclaes.com logo (the camera inkwell).
Posted by Sean Claes on Friday, October 06, 2006 No comments:

DINE OUT, GO TO THE BELOW BUSINESSES AND HELP THIS WORTHY CAUSE.

Help keep the Live Music Capital of the World healthy! Join Austin businesses as they give back to musicians by supporting the Health Alliance for Austin Musicians (HAAM) on Tuesday, October 3, 2006, for the first annual HAAM Benefit Day.

Mayor Will Wynn declared Oct. 3, 2006 "HAAM Day" and asks businesses across the city to donate at least 5% of the day's proceeds to Health Alliance for Austin Musicians. "HAAM has proven its success in its first year of services with more than 450 member musicians now receiving medical, dental and mental health care services," says Mayor Wynn. "We applaud our musicians for all they bring to our economy and in return we need to show our support to the Health Alliance so it can continue to keep them healthy and able to do what they love."