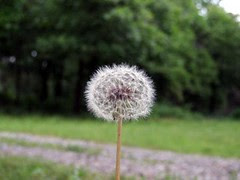 I've been thinking about something and thought I'd jot this down. I get a lot of people share a lot of ideas with me. Big plans to launch concerts... open restaurants...book shows... ask someone out... produce music... sell products...get educated... the list goes on and on. But the one thing that always gets me is they never put their ideas into actions.

This is usually on the heels of finding out that I have my hands in a lot of things. I am a husband and father of two fantastic daughters, a client consultant, copywriter, owner of an entertainment magazine in Austin, Communications Chair of my church, have a photo blog, am part of a group that throws a yearly festival in Oklahoma, host monthly concerts in Austin, and have been involved in my neighborhood.

I'm not special. I'm not someone who has anything figured out. I'm just a guy who makes a move. I do something. I don't like to talk about making things happen. I like the put my efforts into actually MAKING them happen. I'm horrible at organizing. My time is stretched too thin. I don't have a lot of money. I love my wife and family and love to spend time with them. I have excuses. I could easily say "I don't have the time for that..." and people would totally understand.

I'm not built that way. I'm kind of like the gust of wind that propels the fuzzy white things off that flower (or weed) in the photo above. I know a lot of stuff is going to be flying through the air and I know that not everything is going to end well.. I just know that nothing will succeed if every effort isn't put in to making it happen.

Some of those seeds will land, take root, and grow.
If you are talking about doing something. Stop talking. Take a deep breath and blow with all your might. Watch as your ideas take flight and follow your heart.

Background on the photo. I took that in Mannford, Oklahoma at the Second Annual Backwoods Bash. We had a great time. We had space for thousands of campers. We had just over 300 (It threatened rain for 2 days). Are we doing it again? Heck yes.

It's really hard to describe how "El Jefe" impacted my life. He remains in my memory a teacher, friend, comic, prankster, conscience, parent, author, biggest promoter of Dublin Dr. Pepper, and a major inspiration. Thank you, Hendersons, for sharing this amazing individual with me, us, the world. My life is much better for having known Jeff Henderson.

He was a short portly man who kind of looked like Santa Claus. Well.. as every gray-haired men with white beards do. He was kind of my conscience when I was in college. He was “El Jefe” and “El Pedo Viejo”. He was the advisor to the Daily University Star during my tenure at Southwest Texas State University. But most of all, he was a friend.

While in college he let me know when I stepped over the line. That was quite a bit when I was co-writing Bif and the Bean… a column that my roommate and I wrote for a few years… which I’m fairly pleased to see doesn’t exist on the internet (I did a search). I was Bif, a “long hair” who had a good time writing about having a good time. I enjoyed getting a response out of people. Yes, I went too far. A lot. I went from funny ha ha humor to shock. It didn’t seem like it at the time, but when El Jefe let me know the columns were too crass for even him to read, I knew I’d not only crossed the line, but left the line a few miles behind me. I said the loud part quiet and the quiet part loud a few times in print. Good ‘ol college.

The truth is, Jeff was there for me anytime I had a problem. I wasn’t just another student that came through Old Main (the University Star was located in Old Main up until a few years ago), but I mattered. At that point, I felt like he had taken extra interest in me and believed in me and was there on the sidelines cheering for me and me alone. We had a lot of talks standing outside the back door on the porch of Old Main (they tell me it’s the front door, but I still say it’s the back). I survived college in no small part due to Jeff’s guidance.

I come to find out later he was a mentor to a lot of people. He was just never “that guy” who needed folks to know it. I’ll bet in the decades he was involved in college newspapers he was the chief advice giver to hundreds of people. Kind of like the guru of student media.

My wife and I met at The University Star., Jeff was there. He didn’t tell Jodie to run fast and run far from me… for that I’m eternally grateful. He introduced me to Dublin Dr. Pepper. He helped me to graduate through an “internship/class” I took with him. He was the voice of reason when I was having issues with other student media folks. He calmed me down when I was distraught. He made sure I was on my game when I needed to be. He encouraged me to be a better writer. He helped me believe in myself. He supported me when competing in Texas Intercollegiate Press Association (TIPA). Through Jeff I learned that just because I wasn’t a “technical” writer, it was all good. He helped me to discover my voice through written word. He encouraged me after college to continue finding my voice.

I never had too much of a chance to get to know him outside Old Main. Actually the last time I saw him was about a year ago when he and I judged University Interscholastic League (UIL) on the third floor at Old Main. He was finishing up his first novel, a western, and we talked about the book. The Marshal of Broken Pick was published in January of this year.

We laughed about life. We talked about family. We tried to encourage other budding writers to find their voice in print. That’s kind of the legacy I feel he left me. If I can be a fraction of a mentor to up and coming writers that Jeff Henderson was to me, I will be doing well.

On June 11, 2009 God received a new resident of Heaven. He is missed. I hope to join him up there someday and laugh at the absurd world below.

His legacy, to me, is the ultimate mentor. What a wonderful world this would become is every person he touched, gave advice, and mentored passed that knowledge, advice and kind word to someone else? Pay it forward without an expectation of personal gain. It’s what he did for us.


What others have written about Jeff:
Fertile Ground: Jeff Henderson was the best - Bob Shrader

His Guestbook on Legacy.com (Up until mid-July)

(I'm sure there's more... if you post one and would like me to add it here.. please shoot me an e-mail at seanclaes@seanclaes.com
Posted by Sean Claes on Monday, June 15, 2009 No comments:

Kyle United Methodist Church is hosting a community-wide; all ages Daddy Daughter/Dance on Friday June 19 2009 from 6:30-9:30p.m.. What better way to celebrate Father’s Day? An entire evening reserved for all fathers, stepdads, grandpas, father-figures and their sweethearts.

Come and enjoy an evening of dress-up, fun, and dancing all for the low price of $15 per couple (no additional cost for those bringing more than one date). A spaghetti dinner will be served at 7:00pm, followed by a silent auction, and dancing. There will also be a photographer on site taking pictures of all daddies’ and their date(s).

Advanced tickets can be purchased at 408 W. Lockhart (1 block south of Center Street) at the Kyle United Methodist Church Monday – Friday from 9:00-1:00. Tickets also available at the door.
Posted by Sean Claes on Friday, June 12, 2009 No comments:

The cost is free. You do not need to be a church member to attend or bring your kids. If interested, please call 512.268.2331 to register. 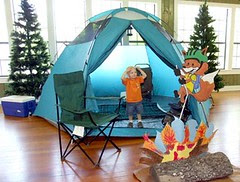