Week 42: Where Are You Headed? 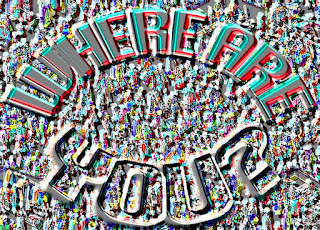 In case you don’t know me, I support local music. I really am a fan of homegrown talent. Luckily, I live near Austin, Texas so it’s pretty easy to find good music (although I’ll admit there is A LOT of music I wouldn’t want to hear again that I’ve heard in Austin). Sometimes bands and entertainers make it harder than it should be to support them though.
One thing could make it much easier. This is the subject of this week’s message. Know your schedule. If you’re gigging, know where you’ll be next. It’s pretty simple. Like I’ve said many times before, music is your job. Treat it as such. Know your work hours.
Now, I’ve had two separate instances happen this week that made me want to write about this subject.

I’m a member of the Facebook group “I Support ATX Hip-Hop. Do You?” There’s a member who posts songs, videos, and the like almost every day to promote himself. That’s great. I finally asked him where he played so I might be able to catch his performance. His response was “anywhere that pays.” I still don’t know where he actually performs. Promoting your music doesn’t work too well if you can’t tell someone where they can go to support you.

Roots and Branches of Americana Taping

Tuesday night I was invited to be a member of the audience of a live-broadcast radio show. It was New Braunfels radio station KNBT’s Roots and Branches of Americana, hosted by Ray Wylie Hubbard. The set-up is, there are 2-3 performers who sit up on stage, perform a few songs and in between Hubbard interviews them. Pretty simple.


One of the performers did a song and afterwards, Hubbard asked him where he was playing next. He didn’t know. I looked him up (because I recorded 2 videos of him and wanted to get the song names), come to find out he’s got 9 gigs in the next 3 weeks, and one of them is in the town where the radio station broadcasts out of. You know, KNBT is a REALLY big deal in Americana music circles. This is where many artists consider having gotten their start. All this is to say, it’s not a Podunk radio station in a town where nobody is listening. If you get a chance to be on the show KNOW WHERE YOU’RE PLAYING NEXT.

Now, I’m not saying anything negative about the music.  I loved all three performers from the Roots and Branches gig (walked away with 2 autographed CDs, including the person I mentioned above) and I’m sure the Hip-Hop guy would be great live. That isn’t the issue. My issue is, nobody is going to be able to see you live if YOU don’t know when you’ll be playing.
These are just two examples of things that I saw this week. It happens more than you know. Musicians on every step of the fame ladder fault at this one, so to the two I mention above, just know you’re not alone. But, as a professional, it is something that should be second nature to you. You should always know where your next few gigs are going to be. ESPECIALLY if you’re doing a radio show.