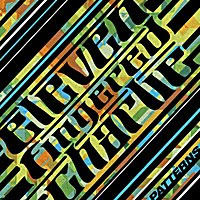 Eleven Fingered Charlie (EFC) has been a mainstay in the Austin/San Marcos music scene for nearly 10 years. In that time, they’ve been infusing reggae with ska and hip-hop in a very good way. I’d describe them as having a laid-back Sublime sound. In February they released Patterns, their third full-length release.
This is one of those albums that can carry the party. Their beat is infectious and could cause a person to break out dancing on a moments notice. Equally impressive are the lyrics which can switch from the party chants (“Stay low… get high” – Early Morning Rises) to cerebral (“Waters going dry / Fire in the sky / Got to make a difference in the days before we die.” - Unfold).
Patterns is a really nice statement of where the band is now. The production is tight and each song is fully realized. A lot of times it takes a much bigger band to make such a full sound but EFC does it with a four piece on this album. Nice.
The eleven tracks meld well together well. “Common Patterns,” a song about facing the truth of addiction, kicks off the album. “Loverman”  is a sweet relationship groove. Then there’s “Entrepreneur,” a very Sublime sounding track about a drug dealer. “River Runs Stronger” is a haunting track about living up to past actions.
The final track on the album is the very Jack Johnson sounding “This Old World.” The nice mandolin driven song is a standout on this album of great tunes. “Staring at this old TV screen to entertain our small minds. But you and I, we both know best. We know what’s going on. We’re just two pieces in this puzzle. In this complicated life.”
If you like your music with a little reggae influence, you’ll really dig Patterns. EFC is Travis Damron (Vocals, Guitar, harmonica), Chad Manes (Bass), Rodney Howell (Tenor Sax, keyboards), and Dustin Hall (Percussion). In March you can catch them at the Red Gorilla Music Festival and day two of ATX Wildfire. Not in Austin? They aren’t afraid of a road show check www.efcmusic.com for updates.