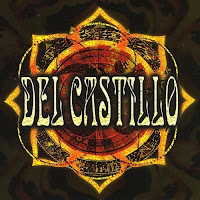 From Del Castillo, Austin’s version of the Gipsy Kings, comes a self-titled album full of the latin-flaminco-rock groove you’ve come to expect. This was a hard CD to listen to while sitting down. It belongs at a club being played at a high volume.

Del Castillo kicks off nicely with the dare-you-to-dance “Boricua Del Cielo.” It’s a straight-up Latin dance jam sung entirely in Spanish. They pull a language switch up in the following track “Everlasting” where lead vocalist Alex Ruiz poetically begins with “It’s time for me to rise up / and greet the coming day / Sing for tomorrow / You are on your way.”

Noticeably, the lyrics aren’t earth-shattering laments on life and politics. They are straight-ahead songs about love and dancing. Tracks like “Castles,” “Entre Flores y la Luna,” and “Light” are pure passion. You see, In Del Castillo’s world, people just want to dance. People want to feel the rhythm of the music and move their soul to the beat. They don’t need a lyrical head-trip, they need to have a good time.

Del Castillo delivers. This is evidenced by one of the strongest songs on the album, “Anybody Wanna.” It’s one of the Spanish/English offerings on the disc. It’s also their first single and the song lent to a fantastic video (featured at the end of this review).

One thing I really like about this album is, it gives me 12 tracks and almost an hour of music. In these times when CDs are coming in at about 35 minutes and people are releasing EPs that run at 20 minutes, it’s reassuring that there are still bands out there that can fill out an album with great stuff.

Another thing I like is the conjunto tune, “Corazon Loco.” This may be just me.. but I grew up in Laredo, Texas and this track takes me back there so much that I can almost smell the leg quarters on the grill and feel a cold beer in my hand. Nice.

If the sounds of the Gipsy Kings, Grupo Fantasma, or Los Super Seven fall into your category of good music, pick this one up. It’s definitely for you.

If you’d like to check them out live, they play Antone’s on October 25. Check their Website for other dates and to learn more about Del Castillo: http://www.delcastillomusic.com