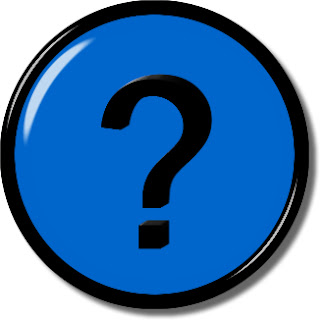 Who’s Talking About You?
I was visiting the Facebook page of a band I saw live a few months ago to see what they were up to and they had only 2 updates in a month. One had nothing to do with their music. The second is a single sentence that read “Why aren’t we famous yet?”
Hopefully they typed that as a tongue in cheek post, because it made me laugh. How do you expect to be famous if nobody is talking about you… not even yourself?
The other thought was, I’d make you famous… as an example of what not to do. But... then I rethought that one. I’m a nice guy. I don’t want to call you out for promotional mistakes. I’d rather call out folks who are doing it right. So, you remain anonymous. You’re welcome.
To further drive this home, I just checked and they haven’t posted anything since the “Why aren’t we famous yet?” post from mid-December. Someone even asked them in November why they don’t post their show information. Oh, and they haven’t posted anything to their MySpace since 12/8/10 (this only matters because they list their MySpace as their Homepage). And because another band on their bill contacted me, I know they have a show coming up next Saturday.
So… what have you learned from the above example? Hopefully at least these three things.
OK, I beat that point to death. Moving on.
CD Release Contact
Another example of a band not utilizing promotions is something that happens far more than you’d think. When a band releases an album and has a CD release party they contact media and invite on Facebook and MySpace, and talk themselves up really well. That’s fantastic. It creates some interest. But, then you don’t hear from them again until the next CD release. If you want to be the kind of band that plays for a few friends every now and then, this works just fine. You’re well on your way to opening a Wednesday night show at local coffee shop. Congrats.
Are YOU the Only One Talking?
Another thing you need to be aware of is, if you are the ONLY one talking about your band… that eventually gets old. Kind of like the parable of “The Boy Who Cried Wolf.” People will come running the first few times, but after that, you may be harming your band more than helping.
Google your band’s name. If the only site that comes back is something you did, you’re not doing a very good job of getting the word out about your band. You should at least get a few blogs, Facebook pages, some YouTube video, maybe some press, fan photos, and maybe a poster or two.
Going Viral
Yes, the most overused term on the Internet in 2010. How do you go viral? There is no way for you to know. The deal is, if you TRY to go viral, it won’t happen. It’ll look like a stupid attempt to go viral. Would you think a homeless guy who talks like a radio DJ would be the biggest thing of the week? How could he have planned that? You simply can’t go viral.

You can, however ask that your fans post information about you on their social media sites. You can involve your fans in contests where they can win something that makes it worth participating (a free house concert, signed merch, a guitar, the shirt you wore on the album cover, a $20 bar tab at your next show…etc). Make the contests about them creating promo for you. Creating YouTube videos about you inviting people to your show, bringing the most people to your show, writing a song for you… something big and crazy.
Here’s the caveat for this. You have to release control. You have to be prepared to see a bunch of really BADLY done stuff with your name associated. It’s part of the cost on entry. You can’t ask a fan to participate in a contest and then request they take their entry down.
Wrap-Up
Just remember, provided you’re a decent sounding band, the amount of attention you give to promoting your band comes back to you in people at the club to check you out. And if you bring 30 people to see you, make sure you ask them each to bring a friend next time. (I’d consider having a “Friends Rock Free” promotion where if you bring a friend they are free with your paid entry.)
The biggest thing to take away is the fact that you are not a one-man promotional machine. You need to get media involved. You need to have some bloggers write about you. You need to coax a few photographers to the shows. Court the public and someone will give you some press… then nurture that press into promoting yourself in order to get more people in the club.
Then when it works, pat yourself on the back, get some sleep and then get up and do it all over again.


--
Sean Claes is the owner of Austin's INsite Magazine and has been a freelance entertainment writer since 1996. For an introduction to his "52 Weeks of DIY Music Advice" visit this link - http://www.tinyurl.com/Claes52DIY. If you like what you read... please share. To visit Claes' homepage, go here - http://www.seanclaes.com/.

I dig this blog. Hopefully artists will put some of these things it into play. Good job! - D.Georg